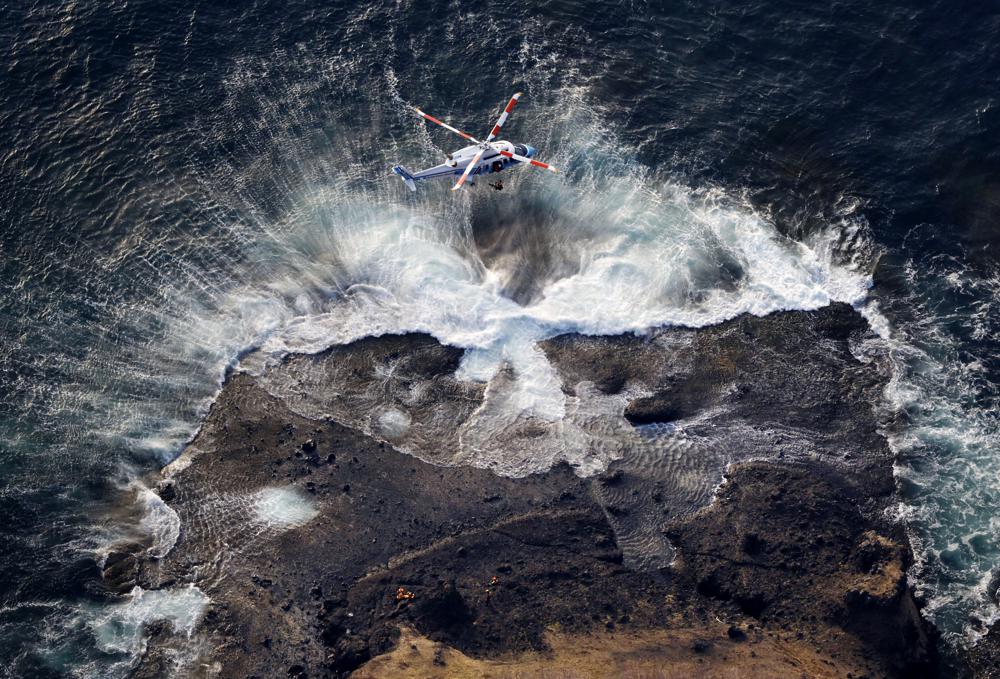 Rescuers said that 10 people who were retrieved Sunday from the frigid sea and the rocky coast of a northern Japanese national park had died, a day after a tour boat with 26 aboard apparently sank in rough waters, triggering questions why it was allowed to sail.

The search for the others is still ongoing after the boat sent a distress call on Saturday afternoon saying it was sinking. The location, near the Kashuni Waterfall, is known as a difficult place to maneuver boats because of its rocky coastline and strong tide.

There were two crew and 24 passengers, including two children, on the the 19-ton Kazu 1 when it ran into troubles while traveling off the western coast of the Shiretoko Peninsula. The coast guard said the 10 victims — seven men and three women — were adults.

The Transport Ministry launched an investigation into the boat’s operator, which had two accidents last year. The ministry said it was looking into safety standards and the decision to conduct the tour despite rough weather on Saturday.