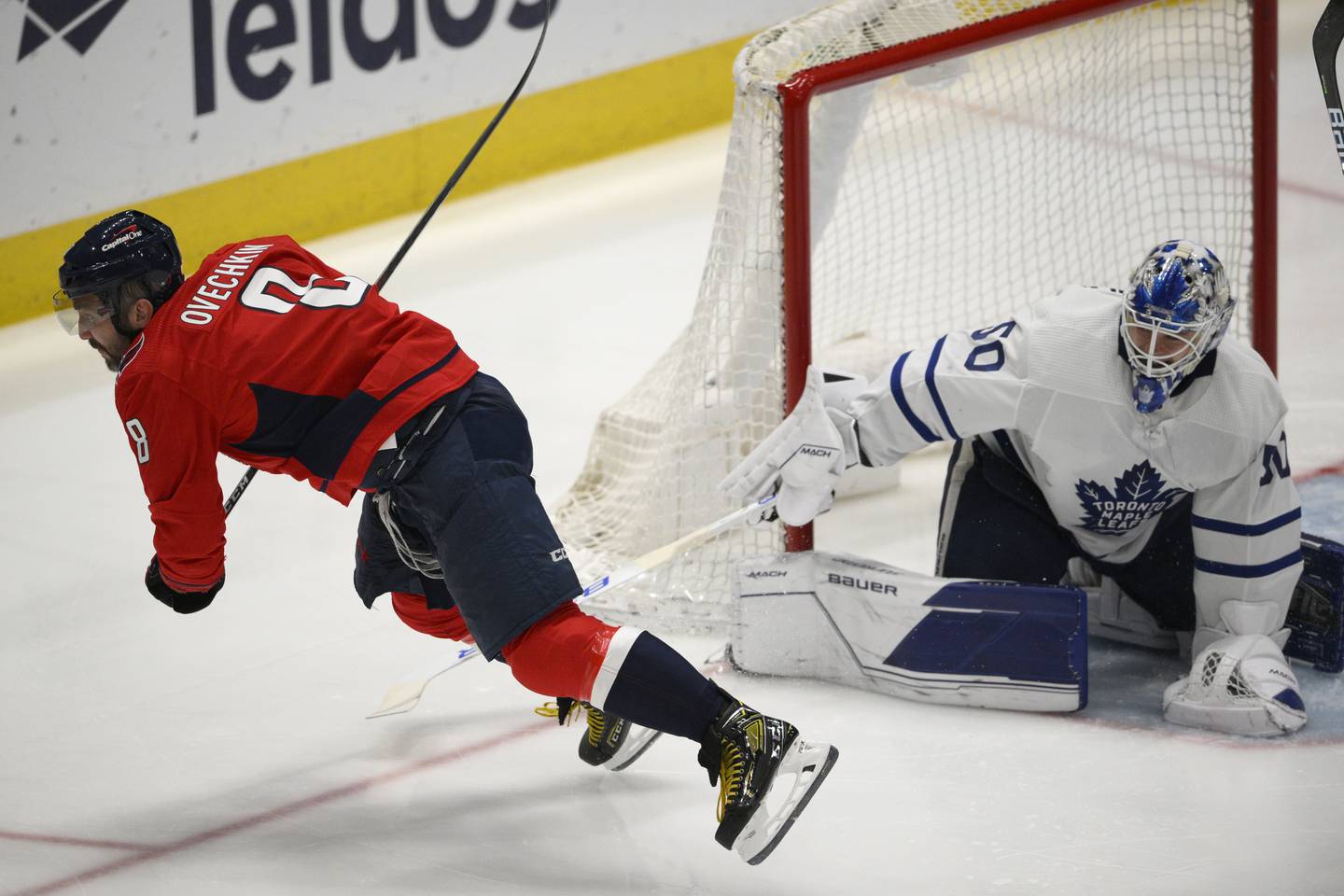 Alex Ovechkin did not skate with his Washington Capitals teammates Tuesday morning and his status moving forward is unclear with the start of the playoffs less than a week away.

Ovechkin was listed as day to day with an upper-body injury, and coach Peter Laviolette called his captain a game-time decision to face the New York Islanders in the third to last game of the regular season. But the team is being extra cautious with the 36-year-old star, and Laviolette made that clear when asked if he was optimistic about Ovechkin being ready for the start of the first round.

“I want to say I hope so, but I don’t know,” Laviolette said after Washington’s morning skate. “It depends on how things progress with him, so it’s day to day right now.”

Ovechkin tripped over Toronto goaltender Erik Kallgren’s stick and slammed into the boards left shoulder first early in the third period Sunday night in a shootout loss to the Maple Leafs. He lay on the ice in pain, skated off and did not return.