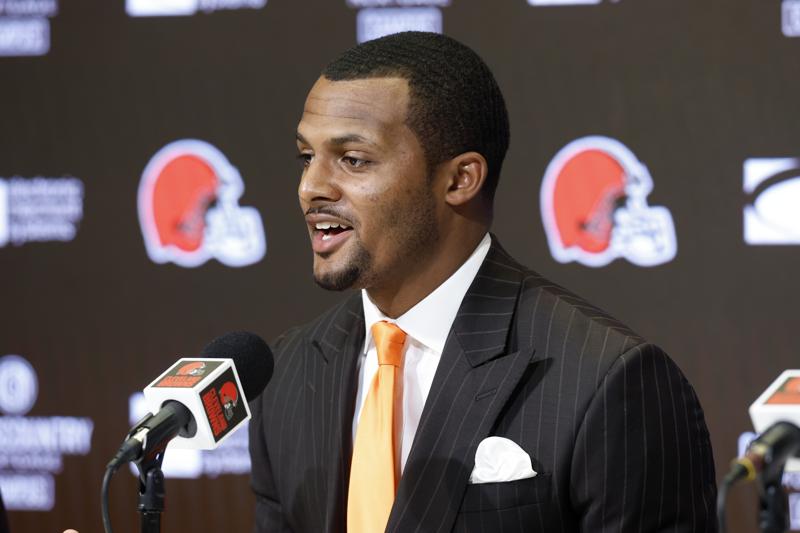 Cleveland Browns quarterback Deshaun Watson will meet with NFL officials in Texas, a person familiar with the plans told The Associated Press on Monday.

Watson, who is facing 22 civil lawsuits from massage therapists accusing him of sexual misconduct, is scheduled to meet with the league representatives this week, said the person who spoke on condition of anonymity because of the sensitivity of the situation.

Watson could be disciplined by the league, which is independently investigating whether the 26-year-old violated its personal-conduct policy. Commissioner Roger Goodell said on April 28 that there was no timeframe on any possible ruling on Watson.

Reporter Josina Anderson was first to report the league-Watson meeting on Twitter.

“We have no update and will decline comment on that tweet,” league spokesman Brian McCarthy said in an email to AP. “There’s no timetable as the review is active and ongoing.”