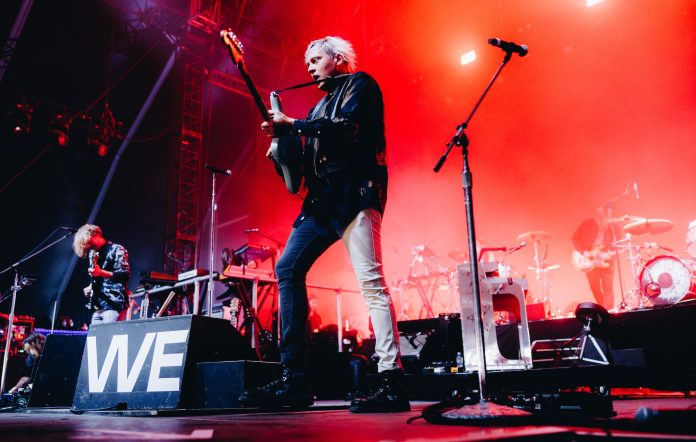 The band first began teasing the release of ‘Unconditional I (Lookout Kid)’ on April 12, when frontman Win Butler posted a video on Instagram of a vinyl version of the album playing. “Next single is,” he is heard saying before a slow strumming song kicks off with the lyrics “Lookout kid trust your heart / you don’t have to play the part.”

Now, Arcade Fire have confirmed that the new single will arrive later this week. “Listen in to @zanelowe’s @applemusic show on Wednesday 5pm BST / 9am PDT / 12pm EDT to hear the first play,” they captioned a post on Instagram that featured a clip of the track.