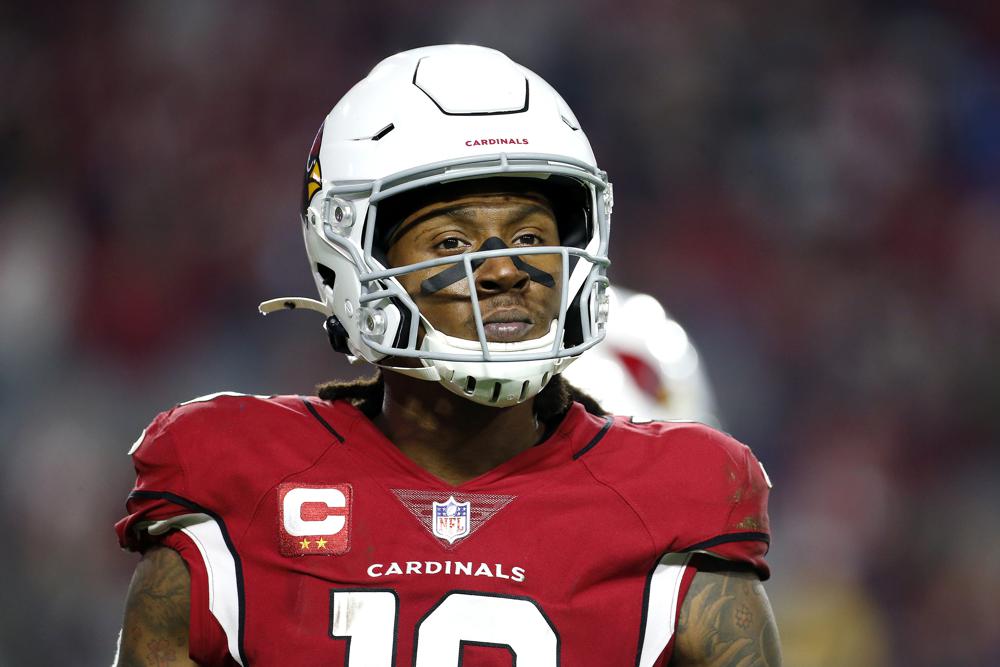 The Arizona Cardinals are going to have to figure out a way to score points and win games without their top receiver.

Three-time All-Pro DeAndre Hopkins has been suspended without pay for six games for violating the NFL’s policy on performance-enhancing substances, the league announced Monday.

It’s a stunning blow for the Cardinals, who finished with an 11-6 record last season but faded down the stretch when Hopkins was out of the lineup because of injuries. Arizona had an 8-2 record when Hopkins was in the lineup and just a 3-5 mark, including the playoffs, when he was not.

Now they’ll be without the 29-year-old — who turns 30 next month — for a big chunk of the upcoming season.

Hopkins played in 10 games last season, catching 42 passes for 572 yards and eight touchdowns. He missed much of the last half of the season, including the team’s playoff loss to the Los Angeles Rams, because of hamstring and knee injuries.