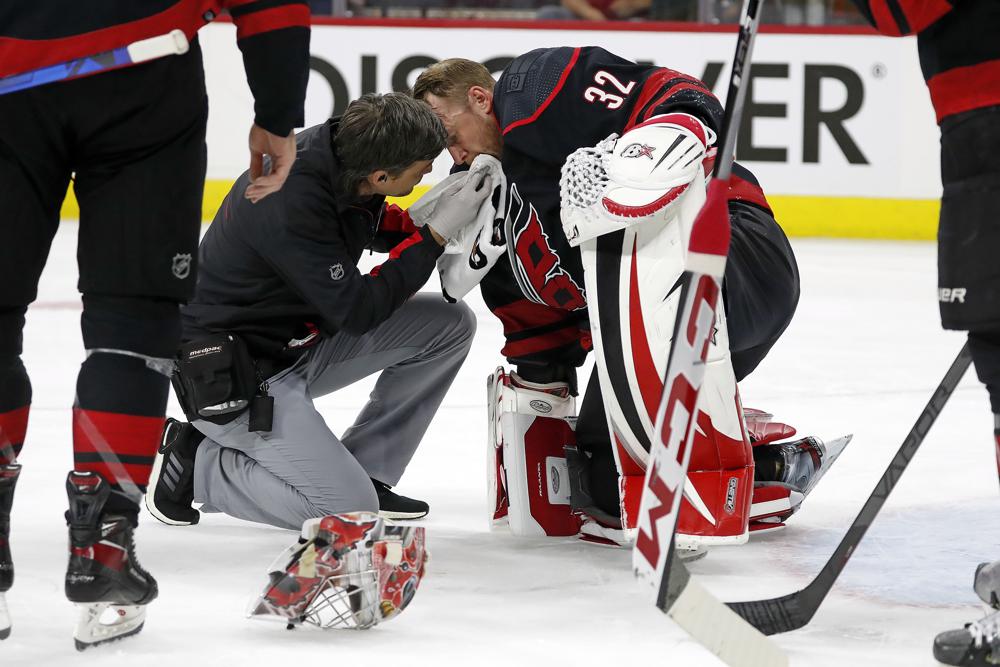 Carolina goalie Antti Raanta left the Hurricanes’ playoff game against the Boston Bruins in the first period Wednesday night after David Pastrnak struck him in the head with a gloved hand.

Raanta was playing the puck when Pastrnak skated in and hit Raanta in the helmet with his right glove as he went by. Raanta went down, with team medical staff holding a towel to his face to stop bleeding from an apparent mouth injury after the play in Game 2.

Raanta was helped off and replaced by rookie Pyotr Kochetkov at the 7:47 mark. The Hurricanes ruled him out for the night during the first intermission with what was described only as an upper-body injury.

Pastrnak was originally called for a 5-minute major, though that was changed to a 2-minute goaltender interference call to loud boos from a fuming Carolina crowd. Those boos followed Pastrnak the moment he came out of the penalty box, too.