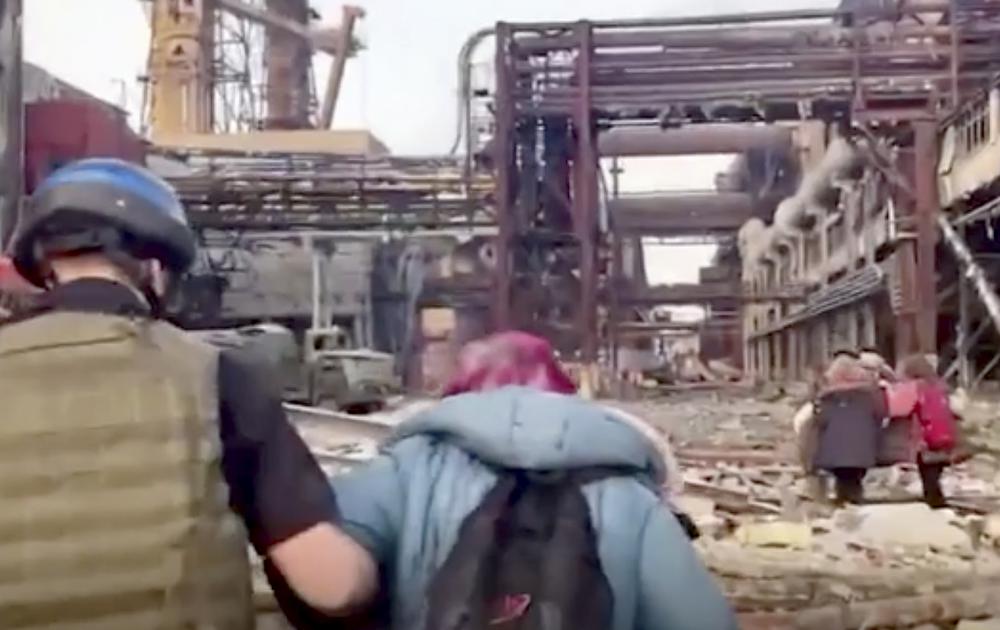 Russia resumed pulverizing the Mariupol steel mill that has become the last stronghold of resistance in the bombed-out city, Ukrainian fighters said Monday, after a brief cease-fire over the weekend allowed the first evacuation of civilians from the plant.

More than 100 people — including elderly women and mothers with small children — left the rubble-strewn Azovstal steelworks on Sunday and set out in buses and ambulances for the Ukrainian-controlled city of Zaporizhzhia, about 140 miles (230 kilometers) to the northwest, according to authorities and video released by the two sides.

Mariupol Deputy Mayor Sergei Orlov told the BBC that the evacuees were making slow progress and would probably not arrive in Zaporizhzhia on Monday as hoped for. Authorities gave no explanation for the delay.

At least some of the civilians were apparently taken to a village controlled by Russia-backed separatists. The Russian military said that some chose to stay in separatist areas, while dozens left for Ukrainian-held territory.