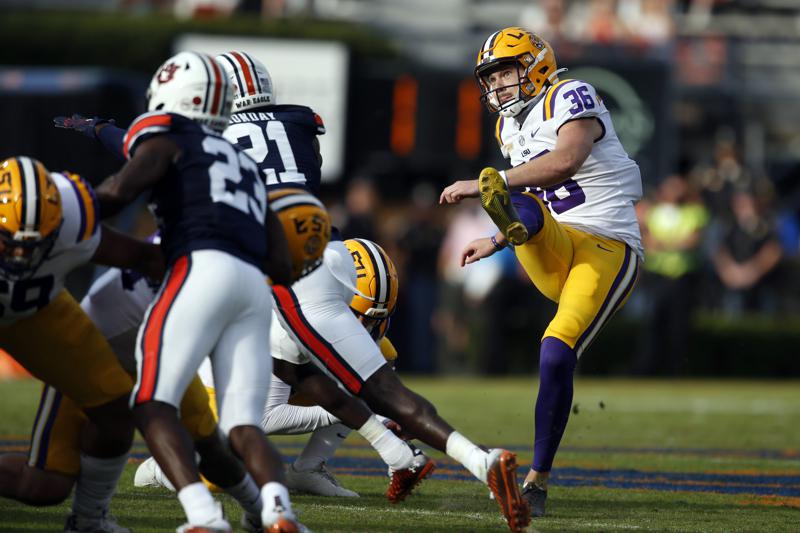 Running backs and kickers — kickers? — were a focus in the fourth round of the NFL draft on Saturday.

Two punters and a placekicker went as the final day of selections began before any more quarterbacks were taken as most of the 32 NFL teams decided to pass on passers in what has been deemed a weak crop. So maybe it shouldn’t be surprising that LSU placekicker Cade York went to Cleveland at No. 124 overall, followed by Penn State punter Jordan Stout six spots later to Baltimore. At No. 133 to Tampa Bay it was punter Jake Camarda of Georgia — four spots before the fifth quarterback in total, Western Kentucky’s Bailey Zappe, headed to New England.

Of course, it can’t be ignored that the Patriots once had some luck with a late-round QB. What was his name?

“With the draft, it’s always a tossup, but I did have a good idea that I was going to be a Raven,” said Stout, who will compete with veteran Sam Koch. “I’m extremely excited about it.”