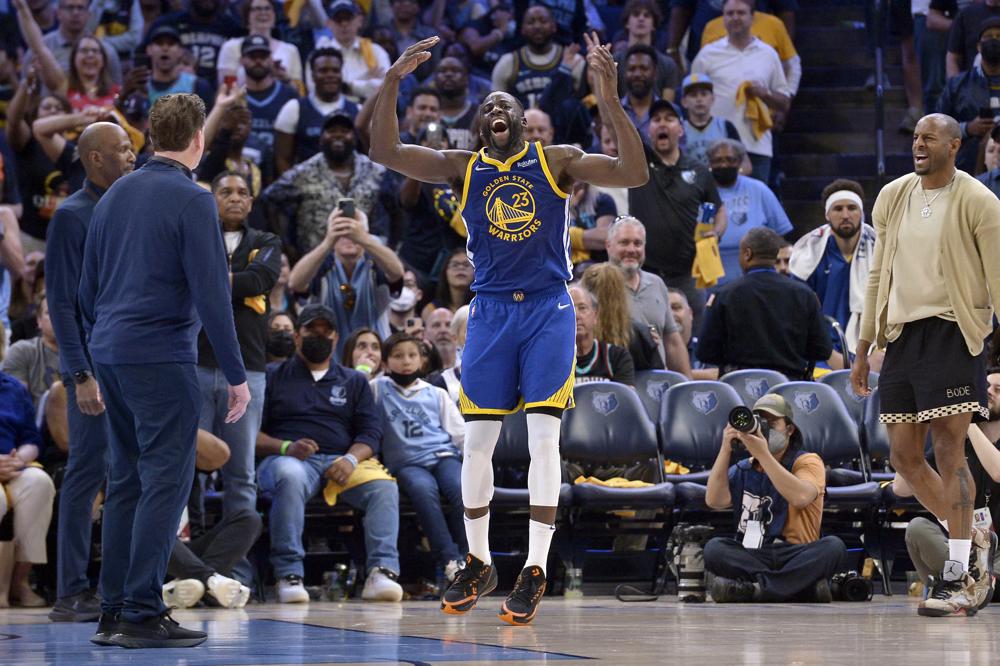 Golden State forward Draymond Green was ejected for a flagrant foul shortly before halftime of Game 1 against the Memphis Grizzlies on Sunday.

Green originally was called for a foul on Brandon Clarke with 1:18 left in the second quarter. Officials reviewed the play where Green had hold of Clarke’s jersey after a missed layup. Clarke went down on his stomach, though it appeared Green tried to help hold him up as Clarke hit the court.

Officials took their time reviewing the play as Memphis fans chanted “Throw him out!” Then they determined Green committed a Flagrant 2, sending him to the locker room with six points, four rebounds, three assists and five turnovers in 17 minutes.