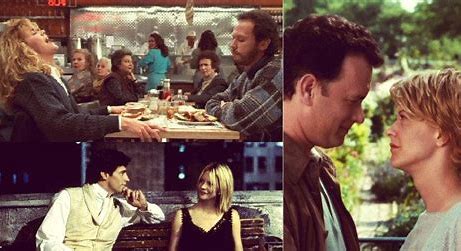 Tom Hanks and Meg Ryan have made three romantic comedies together, but how do they rank from worst to best? Individually, the two stars enjoyed a high level of popularity in the ’90s, but they especially sizzled when on-screen together. The films that Hanks and Ryan made are still considered iconic romantic comedies today.

When Meg Ryan first got her start in the ’80s, she had a few minor roles, including a stint on soap opera As the World Turns and a role as Carole Bradshaw, the wife of pilot Goose in Top Gun. However, Ryan didn’t truly break out into the mainstream until 1989’s rom-com When Harry Met Sally, where she co-starred with Billy Crystal. The film was a massive hit, earning a Golden Globe nomination for Ryan and cementing her as a star. As for Tom Hanks, who started out in horror with the 1980 slasher film He Knows You’re Alone, his breakthrough moment also happened because of an ’80s romantic comedy: 1984’s Splash, where he played a man who falls in love with a mermaid (Daryl Hannah).