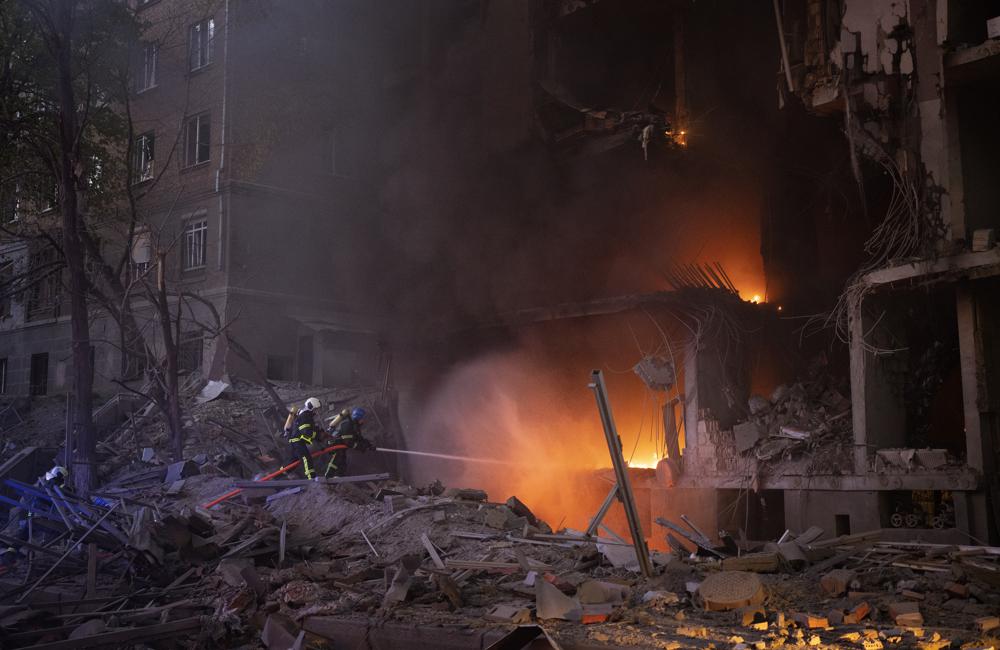 Russia pounded targets from practically one end of Ukraine to the other Thursday, including Kyiv, bombarding the city while the head of the United Nations was visiting in the boldest attack on the capital since Moscow’s forces retreated weeks ago.

Several people were wounded in the attack on Kyiv, including one who lost a leg and others who were trapped in the rubble when two buildings were hit, rescue officials said.

The bombardment came barely an hour after Ukrainian President Volodymyr Zelenskyy held a news conference with U.N. Secretary-General António Guterres, who said Ukraine has become “an epicenter of unbearable heartache and pain.” A spokesperson said Guterres and his team were safe.

Meanwhile, explosions were reported across the country, in Polonne in the west, Chernihiv near the border with Belarus, and Fastiv, a large railway hub southwest of the capital. The mayor of Odesa, in southern Ukraine, said rockets were intercepted by air defenses.