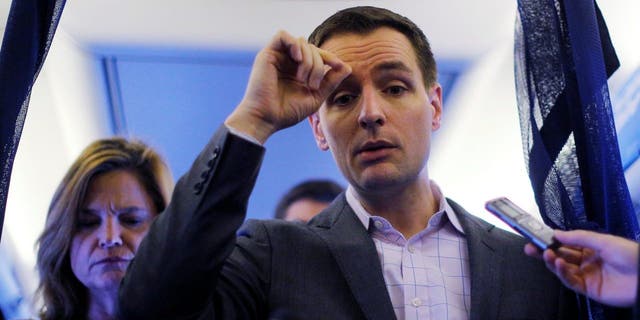 Former Clinton campaign manager Robby Mook testified Friday that then-Democratic presidential nominee Hillary Clinton approved the dissemination of materials alleging a covert communications channel between the Trump Organization and Russia’s Alfa Bank to the media, despite campaign officials not being “totally confident” in the legitimacy of the data.

Former FBI General Counsel James Baker testified Thursday that the bureau investigated the data alleging a Trump connection to the Kremlin-linked bank, and found that “there was nothing there.”

Mook was called to the stand for testimony by Michael Sussmann’s defense Friday.

During cross-examination by government prosecutor Andrew DeFillippis Friday, Mook was asked about the campaign’s understanding of the Alfa Bank allegations against Trump and whether they planned to release the data to the media.

Mook said he was first briefed about the Alfa Bank issue by campaign general counsel Marc Elias, who at the time was a partner at lawfirm Perkins Coie.

Mook testified that he was told that the data had come from “people that had expertise in this sort of matter.”