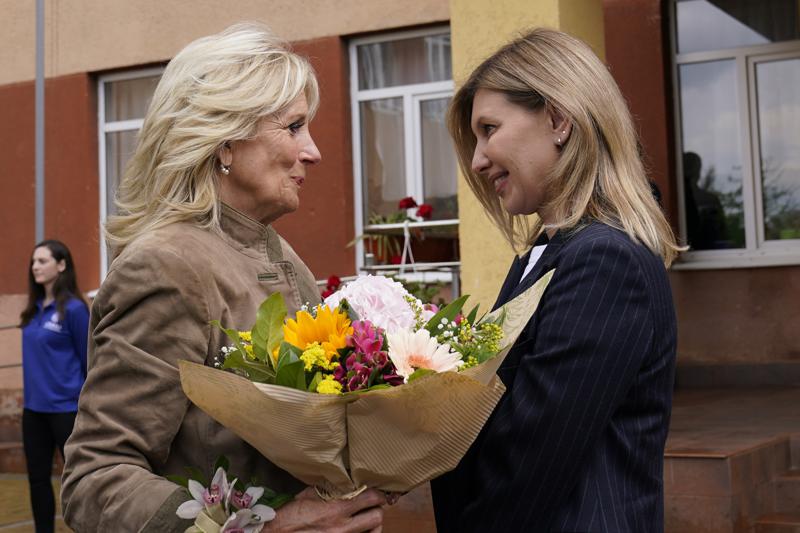 Jill Biden made an unannounced visit to western Ukraine on Sunday, holding a surprise Mother’s Day meeting with first lady Olena Zelenska to show U.S. support for the embattled nation as Russia presses its punishing war in the eastern regions.

She became the latest high-profile American to enter Ukraine during the war, while Zalenska’s public appearance was her first since since Russia invaded Ukraine on Feb. 24

“I wanted to come on Mother’s Day,” the U.S. first lady told Zelenska. “I thought it was important to show the Ukrainian people that this war has to stop and this war has been brutal and that the people of the United States stand with the people of Ukraine.”

Biden spent about two hours in Ukraine, traveling by vehicle to the town of Uzhhorod, about a 10-minute drive from a Slovakian border village where she had toured a border processing facility.