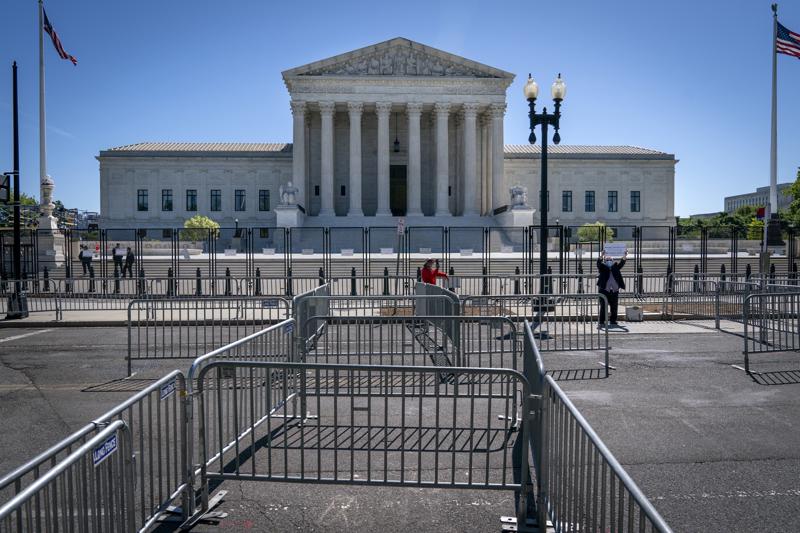 The Supreme Court’s nine justices met in private Thursday for the first time since the leak of a draft opinion that would overrule Roe v. Wade and sharply curtail abortion rights in roughly half the states.

The court offered no word on what was discussed in the gathering in the justices’ private, wood-paneled conference room, other than to indicate at least one decision will be announced Monday.

By custom, no one aside from the justices attended and the most junior among them, Justice Amy Coney Barrett, was responsible for taking notes.

The abortion case is among 37 unresolved cases that were argued in the fall, winter and spring. The justices typically issue all their decisions by early summer.

Thursday’s conference came at an especially fraught moment, with the future of abortion rights at stake and an investigation underway to try to find the source of the leak.