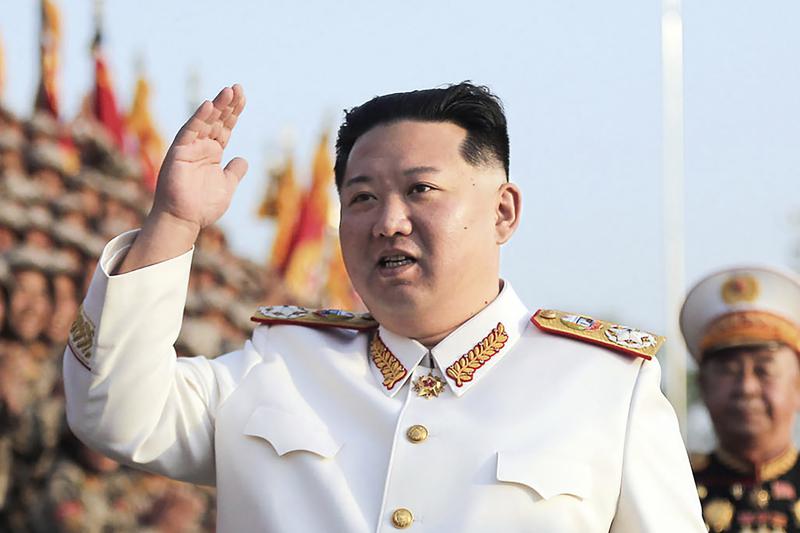 North Korean leader Kim Jong Un warned again that the North could preemptively use its nuclear weapons if threatened, as he praised his top army officials for a massive military parade in the capital, Pyongyang, this week.

Kim expressed “firm will” to continue developing his nuclear-armed military so that it could “preemptively and thoroughly contain and frustrate all dangerous attempts and threatening moves, including ever-escalating nuclear threats from hostile forces, if necessary,” the North’s official Korean Central News Agency said Saturday.

KCNA said Kim called his military officials to praise their work during Monday’s parade, where the North showcased the biggest weapons in its nuclear arsenal, including intercontinental ballistic missiles that could potentially reach the U.S. homeland. The North also rolled out a variety of shorter-range solid-fuel missiles designed to be fired from land vehicles or submarines, which pose a growing threat to South Korea and Japan.