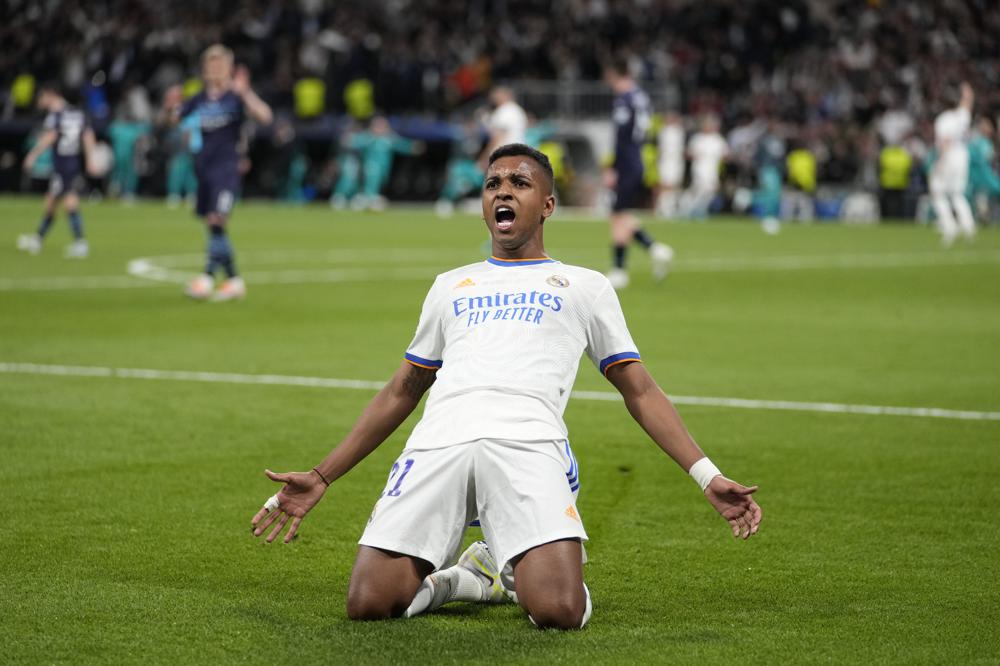 The “Si se puede! (Yes we can!)” chants gradually faded at the Santiago Bernabéu as the minutes passed and Real Madrid looked beaten.

As the end of regulation approached, many in the stands — and on the field — were close to giving up as Manchester City defended its 1-0 lead.

It seemed that there would be no magical night at the Bernabéu for the 13-time European champions this time.

But Madrid took its Champions League comebacks to another level on Wednesday, rallying late with two goals in two minutes by substitute Rodrygo to force extra time and defeat Manchester City 3-1 to reach the final — a showdown with Liverpool.

Karim Benzema, the hero of Madrid’s previous comebacks this season, converted a penalty kick in extra time for the decisive goal that allowed Madrid to advance 6-5 on aggregate after a 4-3 first-leg semifinal loss in which it escaped losing by a bigger margin.