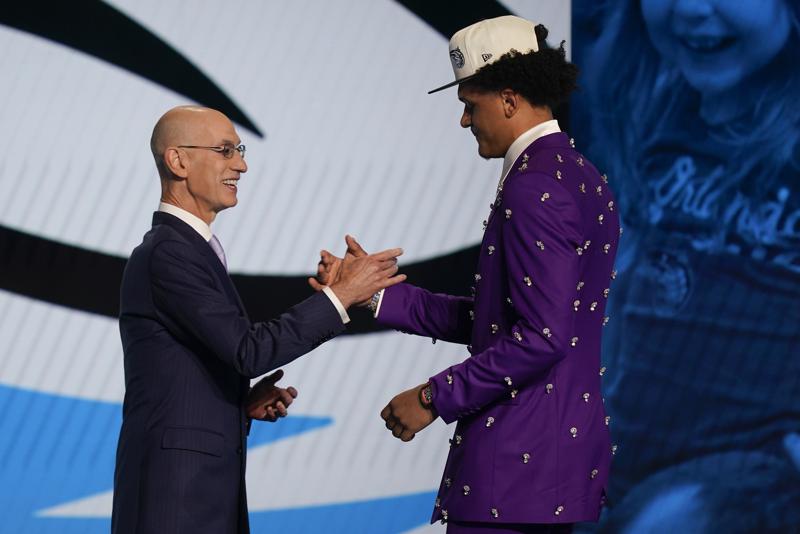 The question for weeks leading into the NBA draft was whether the first pick would be Paolo Banchero, Chet Holmgren or Jabari Smith Jr.

The answer finally came Thursday night — and even Banchero didn’t know it until moments before the announcement of the Orlando Magic’s selection.

“I had a feeling from the information I was being told is that it was just kind of up in the air,” Banchero said. “Orlando wasn’t really sure yet, and just to be ready for whatever.

“I didn’t find out, though, that I was actually getting picked until about 20 seconds before the commissioner got on the stage. I didn’t even have time to really think about it or anything. It just kind of happened. I can’t believe it, but I’m ready. I’m ready.”

After leading the Blue Devils to the Final Four in coach Mike Krzyzewski’s final season, the 6-foot-10 forward was called first by NBA Commissioner Adam Silver to begin the draft, beating out fellow first-year forwards Smith and Holmgren.