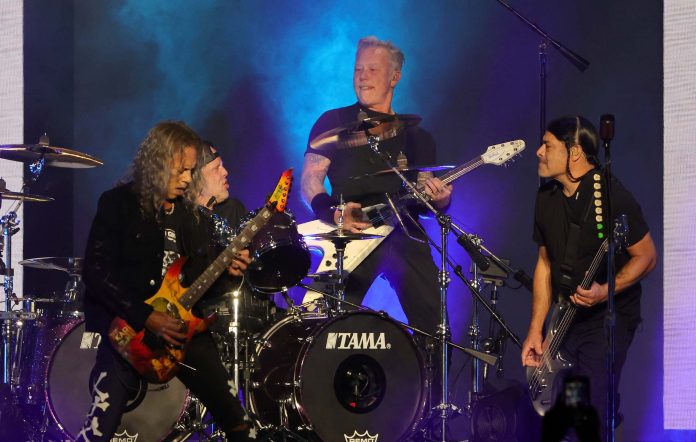 The new liquor Rye The Lightning, which is named after their iconic 1984 album ‘Ride The Lightning’, was crafted using low hertz frequencies from the band’s music to vibrate the barrels.

According to Rob Dietrich, master distiller for the whiskey line, Metallica’s Rye the Lightning is crafted from Kentucky straight rye whiskeys aged between 5-8 years and then finished in Madeira wine and Caribbean rum casks for 2-14 weeks each.

The sonic enhancement process for the liquor involves barrels being placed in a room while the band’s music is played through special speakers. For this specific batch, Metallica’s 2012 Orion Music performance in Atlantic City, New Jersey, rocked the barrels.