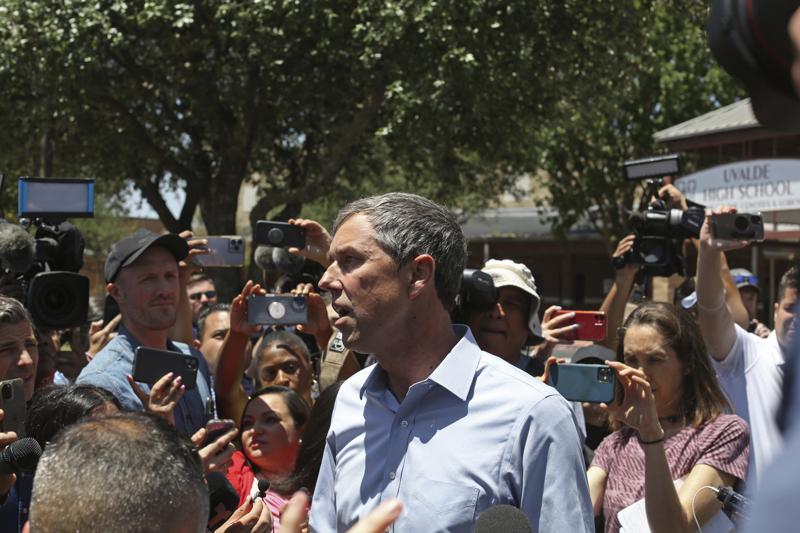 Still mourning a Texas mass shooting, Democrat Beto O’Rourke gave his long-shot campaign a jolt by imploring a national audience that it was finally time for real action to curb the proliferation of high-powered guns in his home state and across America.

That was 2019, and the former congressman was running for president when he declared during a debate, “Hell, yes, we’re gonna take your AR-15,” weeks after a gunman targeting Mexican immigrants killed 23 people at a Walmart in O’Rourke’s native El Paso.

Last week, following the massacre of 19 elementary school students and two teachers by an 18-year-old man with an AR-15-style rifle in Uvalde, Texas, O’Rourke — now campaigning for governor — again briefly seized the national political spotlight. This time, that meant crashing the news conference of the man he wants to unseat, Republican Gov. Greg Abbott, and declaring — in a moment subsequently viewed widely online — that the carnage was “on you.”