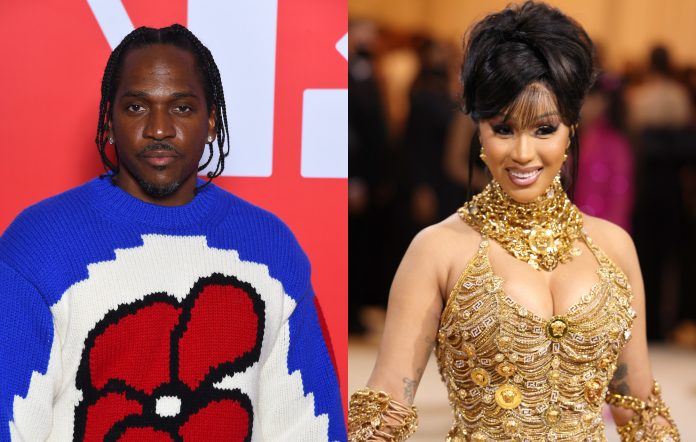 Pusha T has commented on losing out on a Grammy to Cardi B back in 2019, saying that the New York rapper deserved to take home the trophy.

Both artists were nominated for Best Rap Album three years ago, Pusha for his album ‘Daytona’ and Cardi for her debut LP ‘Invasion Of Privacy’. Travis Scott, Mac Miller and Nipsey Hussle were also on the shortlist.

Cardi ended up being named the winner of the category, which caused controversy with some fans. However, Pusha has now explained that he thinks the Grammys “got the rap nominations and the rap winner right” that year.

“Cardi deserved that,” he said in a recent interview. “When you look at the line-up… you had Cardi B, you had Travis Scott, you had Mac Miller, you had Nipsey’s ‘Victory Lap’ and you had ‘Daytona’. Anybody could’ve won and I couldn’t have argued.