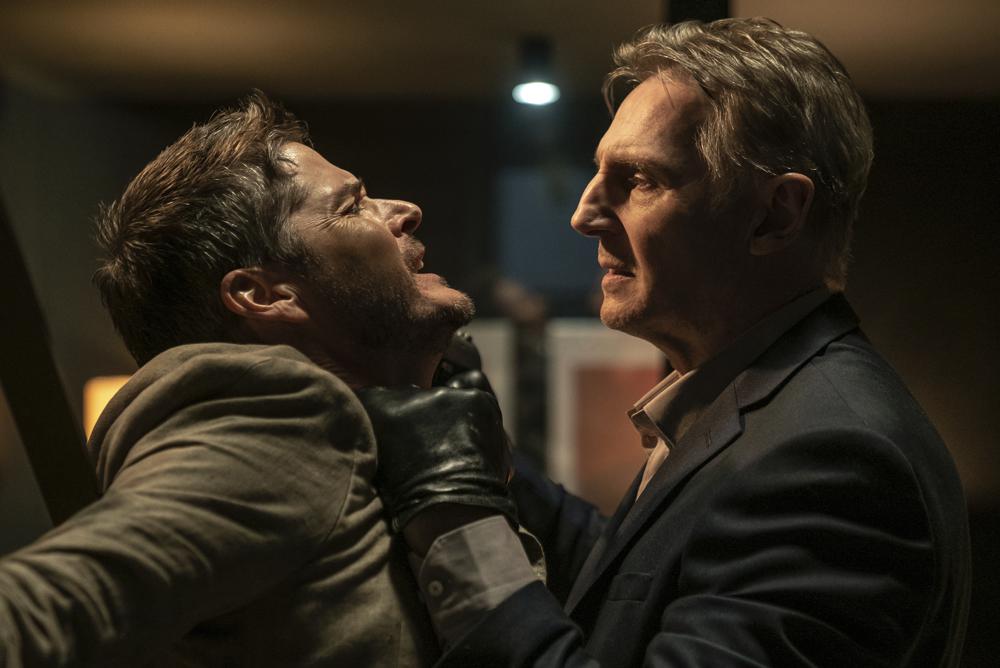 “Memory” is an interesting title for the latest Liam Neeson thriller. Do you remember the last Liam Neeson thriller? Or the one before that? Who was it that got took in that one? It began getting hard to tell these films from one another years ago, and yet they’ve kept coming. “Key & Peele” only seems more prophetic for making the actor’s name plural. “Liam Neesons” is right. He contains, and kills, multitudes.

“Memory,” which opens in theaters Friday, doesn’t much alter the formula but makes for a brutal and bleak variation on the Liam Neeson theme. It casts a broader, more interwoven noir tapestry set around the Texas borderlands, with an ensemble cast including Guy Pearce, Monica Bellucci, and Ray Stevenson. If you come to “Memory” hoping Neeson is going to growl one-liners like “Commit THAT to memory!” or “If memory serves me correctly, you’re toast!” — you may be surprised to find a movie less interested in such action-star heroics than it is something murkier and more cynical.