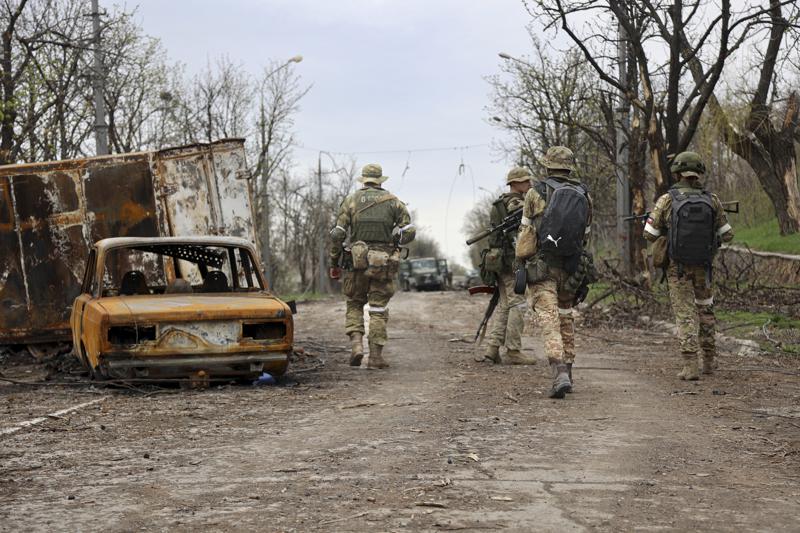 Russian forces tightened the noose around die-hard Ukrainian defenders holed up at a Mariupol steel plant Wednesday amid desperate new efforts to open an evacuation corridor for civilians trapped in the ruined city, a key battleground in Moscow’s drive to seize the country’s industrial east.

As the holdouts came under punishing new attacks, the Kremlin said it submitted a draft of its demands for ending the fighting, the number of people fleeing the country climbed past 5 million, and the West raced to supply Ukraine with heavier weapons for the potentially grinding new phase of the war.

With global tensions running high, Russia reported the first successful test launch of a new type of intercontinental ballistic missile, the Sarmat. President Vladimir Putin boasted it can overcome any missile defense system and make those who threaten Russia “think twice,” and the head of the Russian state aerospace agency called the launch out of northern Russia “a present to NATO.”