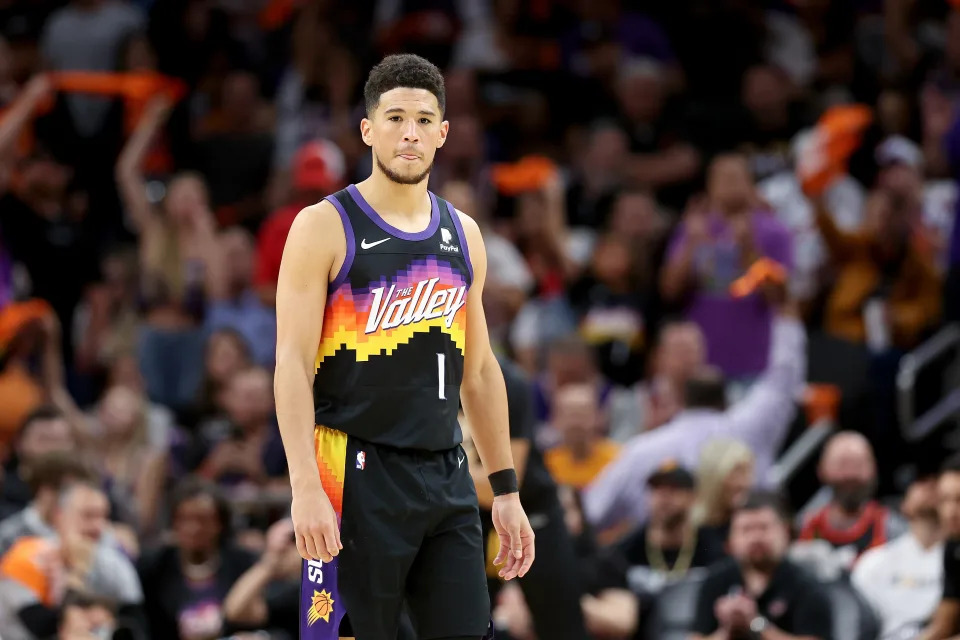 The injury occurred in the third quarter, when Booker attempted a chasedown block on Pelicans center Jaxson Hayes on a fastbreak. Booker pulled up after jumping up with Hayes and exited the game.

Per ESPN’s Adrian Wojnarowski, the strain is believed to be mild and Booker isn’t being ruled out for the rest of the series, but he is reportedly likely to miss Games 3 and 4 in New Orleans.

Booker would obviously be a massive loss for the Suns, who entered the playoffs with the NBA’s best record at 64-18 and as the clear favorite to win the first championship in NBA history. Booker averaged a career-high 26.8 points in 68 games during the regular season, plus 5.0 rebounds and 4.8 points per game.

In the first two games of the Suns’ first-round series against the Pelicans, Booker had 25 points, eight assists and four rebounds in Game 1 and 31 points in just 24 minutes in Game 2.