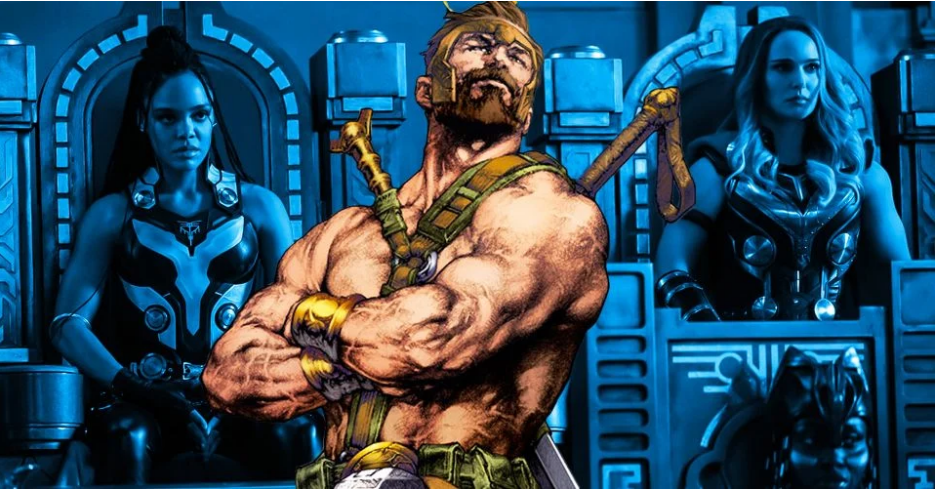 The role of gods in the MCU is expanding, and this movie could introduce one of Marvel’s most popular mythology-based characters into the franchise.

The popular Marvel Comics character Hercules has been notably absent from the MCU, but promo photos from Thor: Love and Thunder suggest the hero may soon enter the franchise. As the fourth installment of the Thor solo series, Thor: Love and Thunder will again focus on the titular Asgardian god of thunder as inspired by Norse mythology. The sequel also looks to expand further upon the MCU’s lore, which could mean an appearance from another one of Marvel’s most prominent characters based on ancient myths.

After Thor and Thor the Dark World established the character as a serious and sullen mythical being, Thor: Ragnarok provided a u-turn to his arc, playing some of the Avenger’s stranger aspects for comedy rather than sincerity. Thor: Love and Thunder is set to continue this trend, with its trailer demonstrating that the sequel will maintain the light-hearted and comical tone from the previous installment. Introducing Russell Crowe to the Thor 4 cast in the role of Zeus, the movie will cross from Norse to Greek mythology, suggesting a sense of unity in the MCU’s god structure hinted at in Moon Knight. With this collaboration between gods of different mythologies, Thor 4 will likely expand its reach to wider sources.