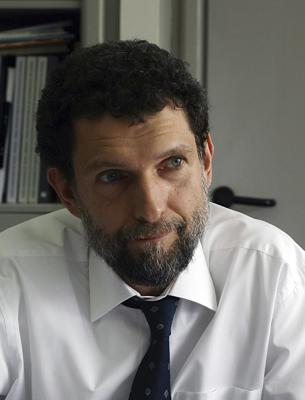 A Turkish court on Monday sentenced prominent Turkish civil rights activist and philanthropist Osman Kavala to life in prison without parole, finding him guilty of attempting to overthrow the government with mass protests in 2013. Western governments and rights groups strongly criticized the ruling, with one calling it “a travesty of justice of spectacular proportions.”

The court in Istanbul also sentenced seven other defendants, including 71-year-old architect Mucella Yapici, to 18 years in prison each for “aiding” the attempt. It ordered that the activists, who were not in custody, be immediately arrested, the state-run Anadolu Agency reported.

The verdict, which is likely to harm Turkey’s ties with Western nations, comes as Europe’s top human rights body, the Council of Europe, launched infringement procedures against Turkey for refusing to abide by a ruling by the European Court of Human Rights, which in 2019 called for Kavala’s release on grounds that his rights had been violated.