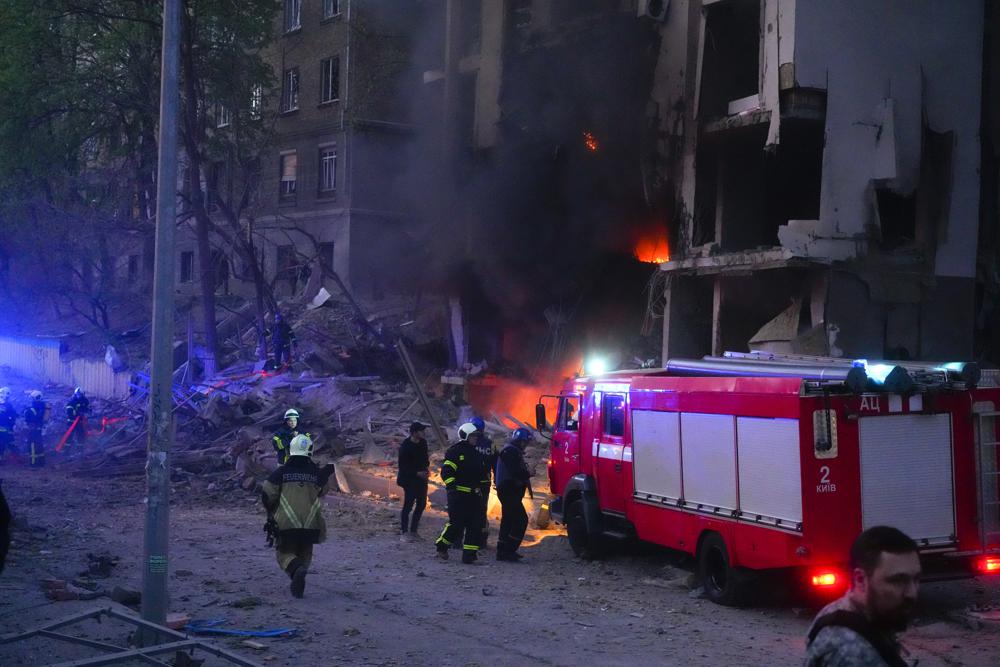 The United Nations doggedly sought to broker an evacuation of civilians from the increasingly hellish ruins of Mariupol on Friday, while Ukraine accused Russia of showing its contempt for the world organization by bombing Kyiv when the U.N. leader was visiting the capital.

The mayor of Mariupol said the situation inside the steel plant that has become the southern port city’s last stronghold is dire, and citizens are “begging to get saved.” Mayor Vadym Boichenko added: “There, it’s not a matter of days. It’s a matter of hours.”

Ukraine’s forces, meanwhile, fought to hold off Russian attempts to advance in the south and east, where the Kremlin is seeking to capture the country’s industrial Donbas region. Artillery fire, sirens and explosions could be heard in some cities.

A former U.S. Marine was killed while fighting alongside Ukrainian forces, his family said in what would be the war’s first known death of an American in combat. The U.S. has not confirmed the report.