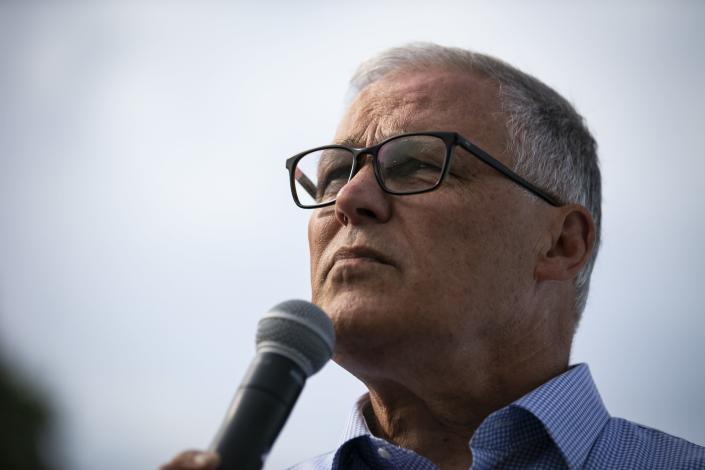 Washington Governor Jay Inslee pledged to block hardline anti-abortion jurisdictions such as Texas from learning who travels to the state for the procedure, the latest escalation in the US divide over reproductive rights.

Inslee, the longest-serving active US governor, said he will work to “plug any gaps” in privacy laws so women can obtain abortions without fear of their information being shared. The three-term Democrat singled out Texas, Missouri and neighboring Idaho as states hostile to abortion in remarks Saturday on the steps of the capital building in Olympia.

Inslee’s vow came a day after the US Supreme Court’s momentous decision to overturn the landmark abortion-rights case Roe V. Wade that underpinned American reproductive rights for almost half a century.
The governor also plans to direct state police to refuse to cooperate with law enforcement from other states seeking to enforce anti-abortion laws, and said he’ll push for legislation to impose similar bans on other police agencies within the state. Inslee said his goal is to make Washington a “sanctuary” for abortion rights.