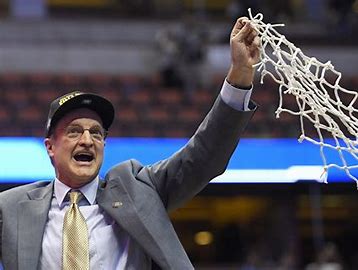 Roy Williams and Jim Calhoun will join John Beilein and Lon Kruger in a star-studded cast of coaches who will be inducted into the National College Basketball Hall of Fame in November.

Another longtime coach, Jerry Krause of Eastern Washington, will join the quartet along with players Richard Hamilton of UConn, Larry Miller of North Carolina, Frank Selvy of Furman and Jimmy Walker of Providence.

The date of the induction ceremony has not been announced, but it typically coincides with the Hall of Fame Classic, which is set for Nov. 21-22 at the T-Mobile Center in Kansas City, Missouri.

Williams retired in 2021 after leading two of college basketball’s bluebloods, Kansas and North Carolina, to a combined 903 wins — the third most for a Division I coach — and nine Final Four appearances. He spent his first 15 seasons with the Jayhawks before returning to his alma mater in 2003, where he led the Tar Heels to three national championships in 18 seasons.

Calhoun won three national championships at UConn, the first of them with Hamilton, who was voted the Final Four’s MVP after the Huskies beat Duke for the 1999 title. Calhoun’s other championships came in 2004 and 2011, making him one of six coaches in Division I history with at least three national titles.