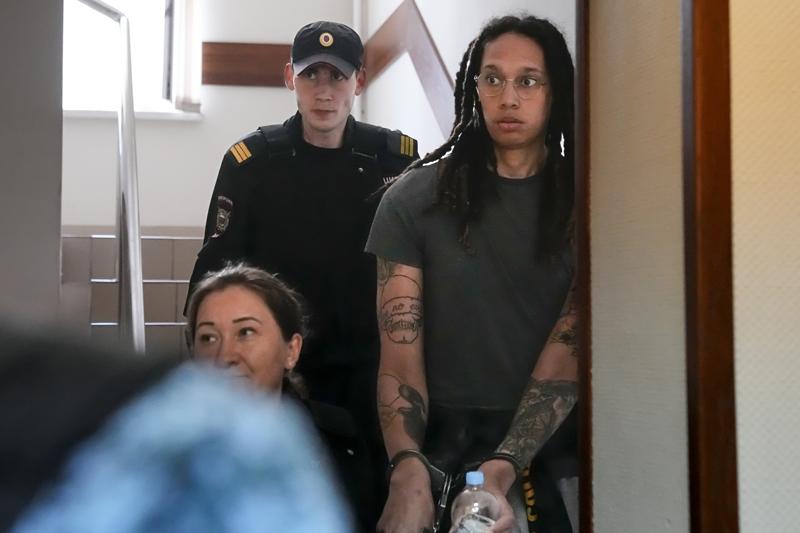 Shackled and looking wary, WNBA star Brittney Griner was ordered to stand trial Friday by a court near Moscow on cannabis possession charges, about 4 1/2 months after her arrest at an airport while returning to play for a Russian team.

The Phoenix Mercury center and two-time U.S. Olympic gold medalist also was ordered to remain in custody for the duration of her criminal trial. Griner could face 10 years in prison if convicted on charges of large-scale transportation of drugs. Fewer than 1% of defendants in Russian criminal cases are acquitted, and unlike in the U.S., acquittals can be overturned.

At Monday’s closed-door preliminary hearing at the court in the Moscow suburb of Khimki, Griner’s detention was extended for another six months. Photos obtained by The Associated Press showed the 31-year-old in handcuffs and looking straight ahead, unlike a previous court appearance where she kept her head down and covered with a hood.