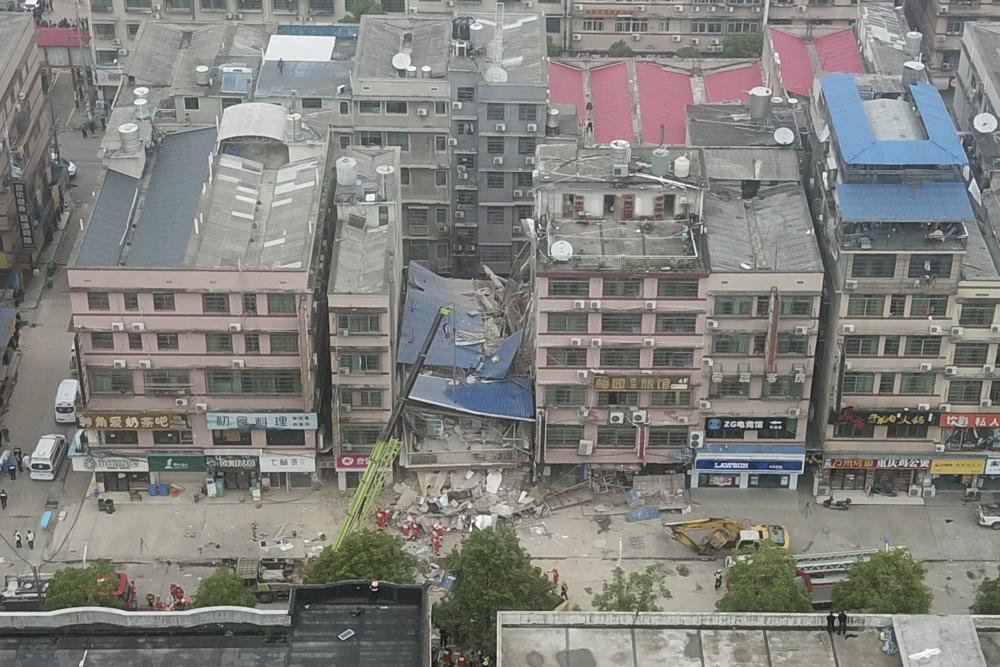 A woman was rescued Sunday from the rubble of a building in central China more than 50 hours after it collapsed, leaving dozens trapped or missing, state media said.

State broadcaster CCTV showed video of rescuers bringing the woman out on a stretcher about 4:30 p.m. Some could be heard shouting words of encouragement during the operation. She was taken to a hospital and is in stable condition, CCTV said.

She was the sixth person rescued from the building, which collapsed Friday afternoon in the inland city of Changsha, the capital of Hunan province. About 20 others remained trapped, and another 39 had not been accounted for as of late Saturday.

Besides the owner, police said they had arrested three people in charge of design and construction and five others for what they said was a false safety assessment for a guest house on the building’s fourth to sixth floors.