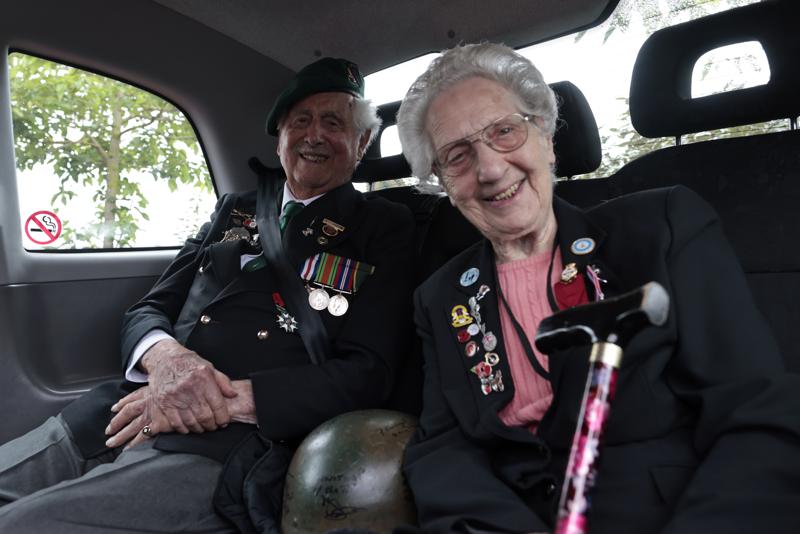 More than 20 British World War II veterans gathered Sunday near Pegasus Bridge in northwestern France, one of the first sites liberated by Allied forces from Nazi Germany, for commemorations honoring the nearly 160,000 troops from Britain, the U.S., Canada and other nations who landed in Normandy on June 6, 1944.

Veterans, their families and French and international visitors braved the rainy weather to take part in series of events this weekend and on Monday for the 78th anniversary of D-Day.

This year’s D-Day anniversary comes after two successive years of the COVID-19 pandemic restricted or deterred visitors. Many felt the celebrations paying tribute to those who brought peace and freedom on the continent held special meaning this year as war is raging again in Europe since Russia’s invasion of Ukraine on Feb. 24.

Dozens of U.S. veterans were also attending events in the region, ahead of Monday’s ceremony at the Normandy American Cemetery and Memorial, home to the gravesites of 9,386 who died fighting on D-Day and in the operations that followed.