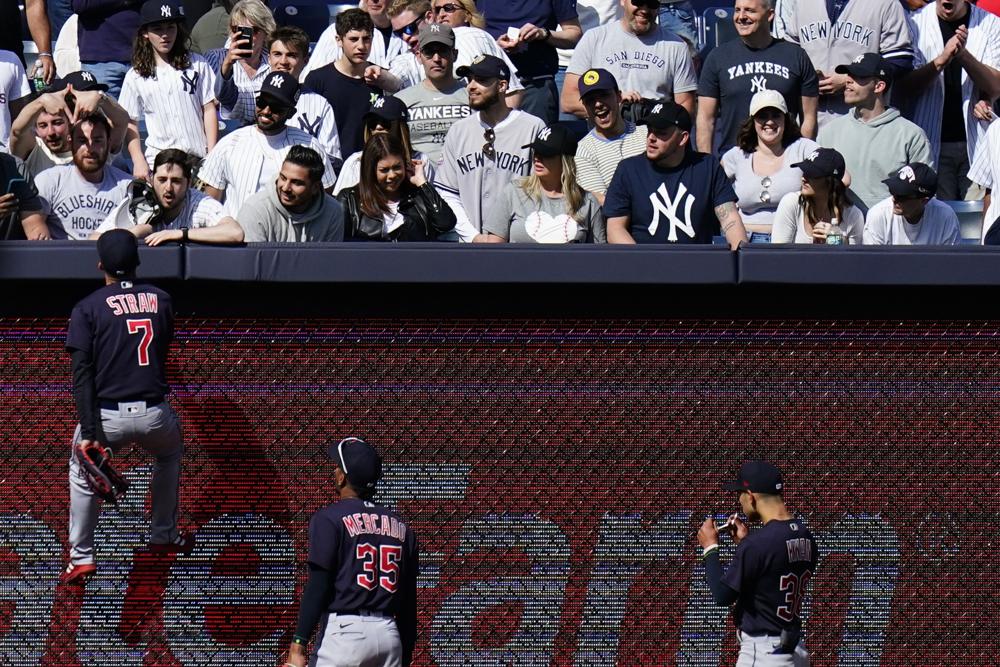 The only catch Cleveland right fielder Oscar Mercado was able to make in the ninth inning was a beer can thrown at his face.

Some fans in the notoriously rowdy right-field bleachers at Yankee Stadium pelted Cleveland outfielders with bottles, cans and debris in a chaotic scene Saturday, moments after New York rallied for a 5-4 win.

Rather than celebrating after Isiah Kiner-Falefa and pinch-hitter Gleyber Torres got RBI hits with two outs in the ninth, stars Aaron Judge, Giancarlo Stanton and other New York players rushed toward the wall in right-center field, trying to calm the crowd.

Security personnel joined the effort to quell the disturbance.

“You certainly don’t want to put anyone in danger. I love the intensity, but you can’t be throwing stuff out on the field,” Yankees manager Aaron Boone said.

Cleveland closer Emmanuel Clase (0-2) was one strike from preserving a 4-3 lead when Kiner-Falefa hit a 100 mph fastball for a tying double. Rookie left fielder Steven Kwan ran hard into the wall chasing the ball and a trainer went out to check him.