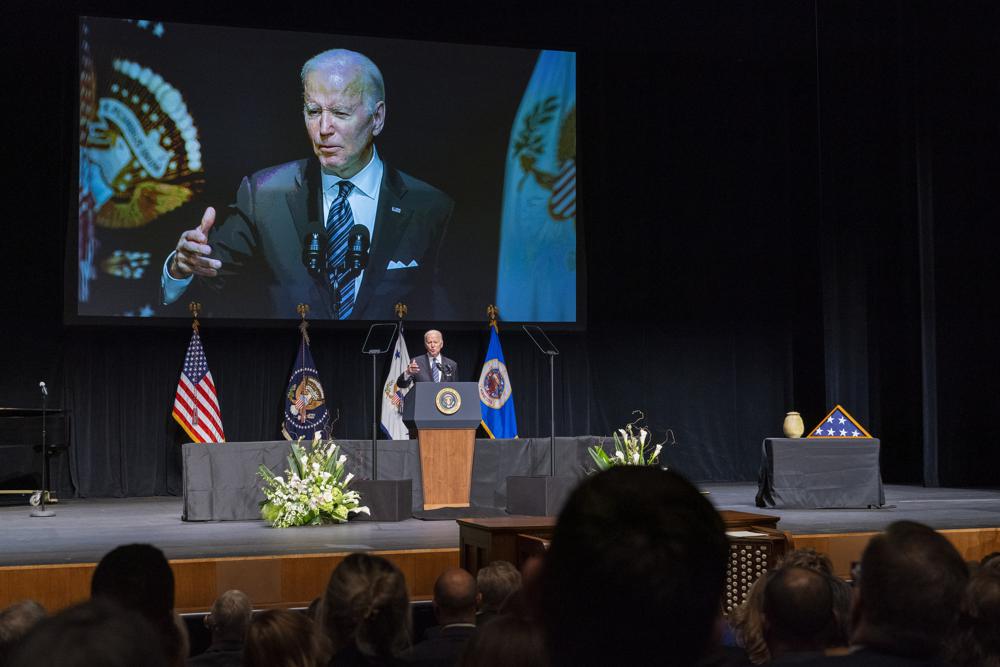 President Joe Biden saluted his “friend of five decades” Walter Mondale on Sunday, traveling to the University of Minnesota to remember the former vice president and Democratic Party elder whose memorial service was delayed for a year due to the pandemic.

Mondale died in April 2021 at age 93. He is credited with transforming the office of the vice presidency — which Biden himself held for eight years under President Barack Obama — expanding its responsibilities and making himself a key adviser to President Jimmy Carter.

Mondale “was a giant in American political history,” Biden said of Mondale, known to friends as “Fritz.” He added that Mondale was one of the “toughest, smartest men I’ve ever worked with” both as Senate colleagues and as a mentor when Biden was Obama’s No. 2 and then later as president.

Biden emphasized Mondale’s empathy, recalling his own promise during the 2020 presidential campaign to unite the country. That’s something the president has strayed from a bit in recent weeks, as he seeks to draw a starker contrast between his administration and congressional Republicans who have opposed it on nearly every major issue.