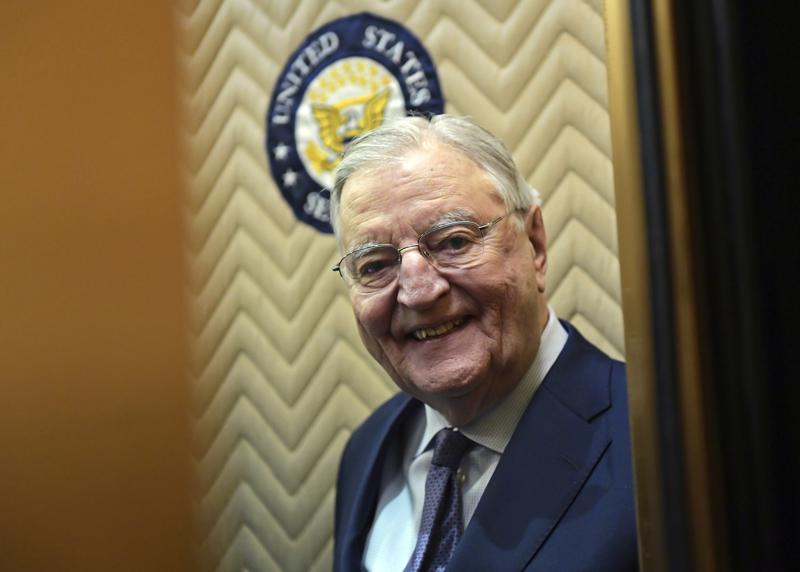 President Joe Biden plans to speak at a memorial service in Minnesota on Sunday for former Vice President Walter Mondale, who died last April at age 93.

Biden will travel to Minneapolis for the event at the University of Minnesota. The president has described Mondale as a “dear friend and mentor” and “one of our nation’s most dedicated patriots and public servants.”

Admission to the memorial service, which was delayed for a year by the pandemic, is by invitation only, but the service will be livestreamed for the general public. It’s scheduled to run from 1:30 to 3 p.m. CDT.

Mondale followed the trail blazed by his political mentor, Hubert H. Humphrey, from Minnesota politics to the U.S. Senate and the vice presidency, serving under Jimmy Carter from 1977 to 1981. He lost one of the most lopsided presidential elections after bluntly telling voters in 1984 to expect a tax increase if he won.