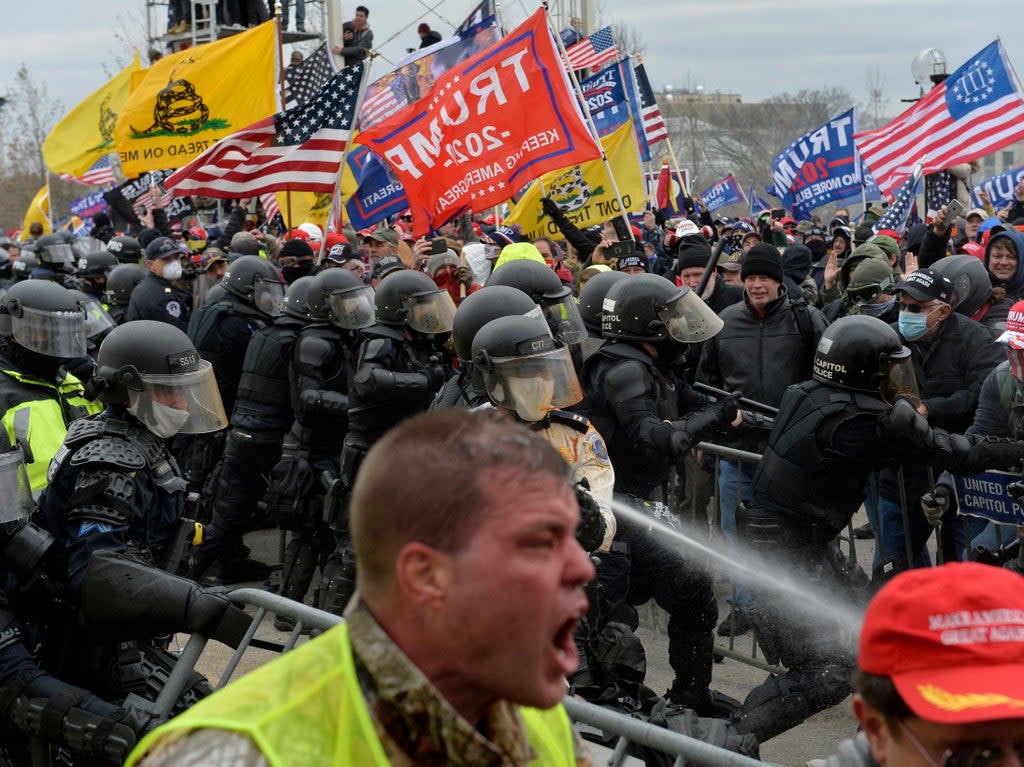 A Florida Representative is calling for the state to hold a bipartisan commission to investigate the state’s links to the 6 January insurrection.

Charlie Crist, a Democrat, called for governor Ron DeSantis to implement the commission following reports that the state was tied for the most arrests following the riots, theSarasota Herald-Tribune reported.

A database from USA Today revealed that the state is matched with Texas with 47 individuals facing charges in each state respectively, the Herald-Tribune said.

More than 40 per cent right-wing militia group the Oath Keepers and a quarter of the Proud Boys arrested over the riots are also from Florida, the database also showed.

Mr Crist, a representative for Florida’s 13th congressional district, called the data “shameful” and has said that for the state’s “public safety” its government “needs to understand” why the frequency is so high.

“We need to know what to do to keep our state and our Democracy safe from these violent extremists,” Mr Crist said on Friday.

On 6 January pro-Trum rioters stormed the US Capitol in Washington in an attempt to overturn the 2020 election result following a Save America rally hosted by former President Donald Trump.