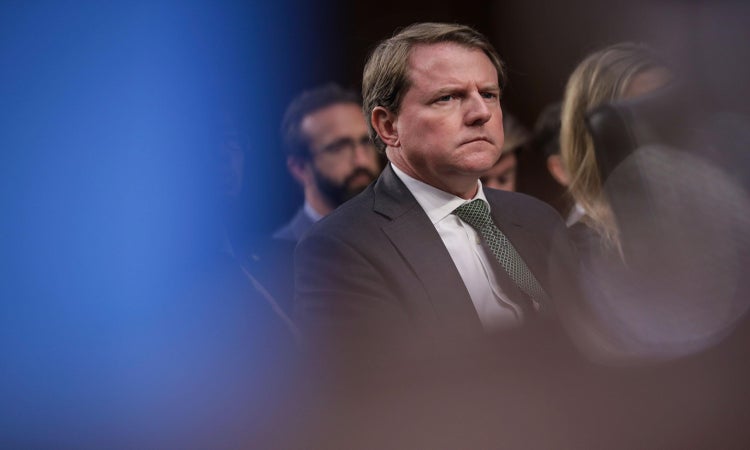 The closed-door interview on June 4 was the culmination of a two-year court fight Democrats waged against the Trump administration, putting McGahn on record before the House Judiciary Committee on some of the most pivotal moments of the Trump presidency, including when Trump directed McGahn to pressure Deputy Attorney General Rod Rosenstein to fire Mueller — and McGahn refused.
McGahn said on Friday he considered Trump’s request “a point of no return.”
“If the Acting Attorney General received what he thought was a direction from the counsel to the President to remove a special counsel, he would either have to remove the special counsel or resign,” McGahn said. “We are still talking about the ‘Saturday Night Massacre’ decades and decades later.”
McGahn told the committee that he didn’t call Rosenstein in part because he feared that Rosenstein could resign if he felt pressured.