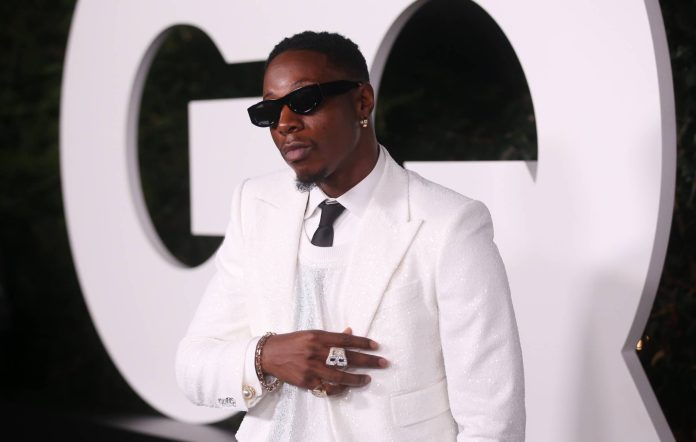 Joey Bada$$ has announced details of his new album ‘2000’, alongside a host of North American tour dates.

The rapper’s third album, his first full-length effort in five years, will arrive on June 17 via Columbia Records. It was announced by Bada$$ on his Instagram, alongside a short trailer and the caption “Back on the set like I never left…”

The announcement of ‘2000’ follows the release of new single ‘THE REV3NGE’ earlier this year, which came with a cinematic music video directed by child.

It features dark footage of Bada$$ driving through a city at night, slinging guns and smoking cigarettes, as well as shots of the rapper in a church with cloaked disciples.

The single came just weeks after Bada$$ revealed during an Instagram Live that his third album is “dropping this year for sure”.

“I ain’t gonna say exactly when though cause there’s certain rappers who be on my heels. So imma just — it’s coming though.”