Why The X-Files Made One Episode Look Intentionally Bad 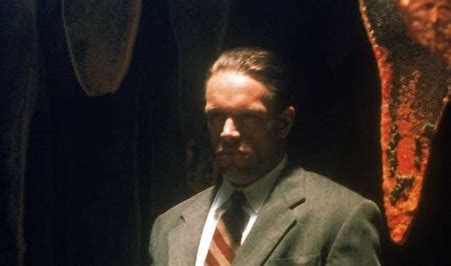 The X-Filesh ad a very specific reason for the shaky cameras and overall less polished look of one particular episode. Written by Breaking Bad creator Vince Gilligan, season 7, episode 12 “X-Cops” is a fictional crossover with the reality documentary soap series Cops. The show follows real-life law enforcement officers as they go about their daily duties filmed, as each episode proclaims, “on location with the men and women of law enforcement.” Vince Gilligan was a fan of the series and had pitched the idea of Agents Fox Mulder (David Duchovny) and Dana Scully (Gillian Anderson) appearing on the show as far back as season 4. The idea was rejected by X-Files creator Chris Carter as too goofy, but eventually Gilligan got his wish during season 7, which many believed would be The X-Files last.

“X-Cops” is not the first X-Files episode to crossover with another television series. The X-Files famously crossed over with Law and Order when the actor Richard Belzer guest starred in season 5, episode 3 “Unusual Suspects” in character as John Munch from both Homicide: Life on the Street and Law and Order: Special Victims Unit. Earlier in the same season as “X-Cops,” Mulder and Scully also met another Chris Carter creation, Frank Black (Lars Henriksen), in an episode that resolved the story arc of Carter’s Millennium, following the show’s cancellation. Mulder and Scully also famously appeared in a very special episode of The Simpsons in 1997. Unlike those shows, however, Cops is a reality tv show and not a fictional drama series, so the production team on The X-Files had to take a very different approach to making “X-Cops” from these previous crossovers.